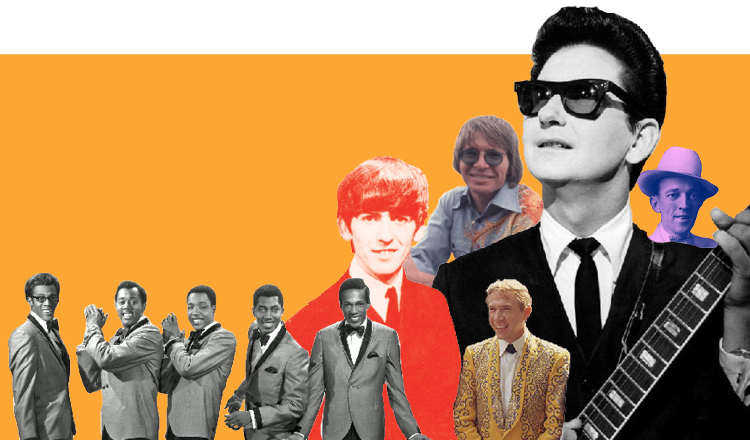 Ukulele Lesson: How Lyrics Can Lead You to What Comes Next

Imagine if there was a secret list of all the important words songwriters use and the chords they choose to accompany those words. When a certain word, like trouble, for example, comes along in a song, you would immediately know which type of chord would best match the emotional quality of that word. That would be a dandy tool to navigate your way through basic chord progressions. Since no such list exists, let’s make one!

First, we’ll need to list the chords we’ll be using, which are the chords that make up every major scale. These chords are called the diatonic chords, which is just a fancy name for the chords of the major scale. In the key of C major, those chords are:  C major, D minor, E minor, F major, G major, A minor, and B diminished. In Western popular music, many songs start on the I (one) chord, so let’s find a word or words we can associate with the feeling of the I chord. Since this is the starting place for many songs, we could refer to it as “home.” These home chords are very levelheaded and even-sounding, so using a I major provides a good, solid foundation for songs found in pop, rock, country, blues, and folk genres.

TRIUMPH AND TENSION AT HOME

More often than not, a beginning ukulele player is not instructed to actually listen to what this chord progression sounds like; I mean, what it really sounds like. Is it a depressing, melancholy sound? Does it make you want to hug your dog? No. The I–V change is triumphant, while the I–V7 is filled with tension. Why is that? Because the V is a major chord containing two very stable intervals (major 3rd/minor 3rd), while the V7 contains an extra note (minor 7th, the F of a G scale) that clashes with the 3rd (B of G scale), creating tension that must resolve home to the I chord. That’s why I always refer to the V7 chord as the “tension” chord. Nothing good is going to happen on that chord. Fights break out there, relationships break up there, and people go to jail on the V7. Just listen to the Jimmie Rodgers song “In the Jailhouse Now.” Heck, in other classic folk songs, the tension on that V7 could get you hanged!

If Tom had hanged in the first stanza, it would have happened right on the V7.

Buck Owens knew the emotional value of the V chord. He penned 21 Number One Billboard country hits—mostly dealing with love and loss—using just three chords. His song “Foolin’ Around” demonstrates perfectly what happens in a relationship when it goes to the V or V7 chord.

You can tell from the first two chords, things are not going to turn out well in that relationship. For a super tension–filled two-chord song, just look at Roy Orbison’s “Dream Baby.” It has only two chords (I and V7), but it starts on the tension chord.

This man is not having sweet dreams. No one could sleep through that much tension, wondering night after night if he is ever going to be loved. Now, if you want to be loved, you need look no further than the IV (four) chord.

Play a I–IV change in the key of C on your ukulele (Play a C to F chord change). Listen to it closely. How does that change make you feel? When I play that change for a group of people in a workshop I often get a collective, “Ahhhhhhh.” That’s because it’s a sweet change, and in deconstructing thousands of three-chord songs, I discovered one of the most popular words songwriters use leading up to or falling on the IV chord is the world “sunshine.”

(I) Sunshine, on my shoulders (IV) makes me (I) happy … “Sunshine on My Shoulders”

(I) You are my sunshine, my only sunshine. You make me (IV) happy … “You Are My Sunshine”

When learning the chord progression to a song, don’t just whiz through it without first getting to know the song’s personality. You can do that by studying the chord progression and the emotional value that each of the chords brings to the lyrics. In learning songs this way, you are internalizing the music instead of trying to memorize a series of seemingly unrelated letters printed on a piece of paper.

Try this experiment for yourself. Play through the chord intervals of the C major scale, one at a time, like this:

Play each chord interval a number of times and listen to the sound. See if any songs or melodies pop into your head. Examine the resulting emotion you feel from each interval. These are the most popular first chord changes used in popular music. With a little practice, you’ll begin to hear these chord changes when they come around in a song.

That’s when the fun begins!

This article originally appeared in the Winter 2017 issue of Ukulele Magazine.

Music educator and facilitator Jim D’Ville is on a mission to get ukulele players off the paper and into playing music by ear. Over the last six years he has taught his “Play Ukulele By Ear” workshops in the United States, Australia, and Canada. Jim is the author of the Play Ukulele By Ear DVD series and hosts the popular Play Ukulele By Ear website.

Download our FREE guide on getting off the page and into the song to spend more time playing and having fun on ukulele, and less time trying to keep up with the sheet music.