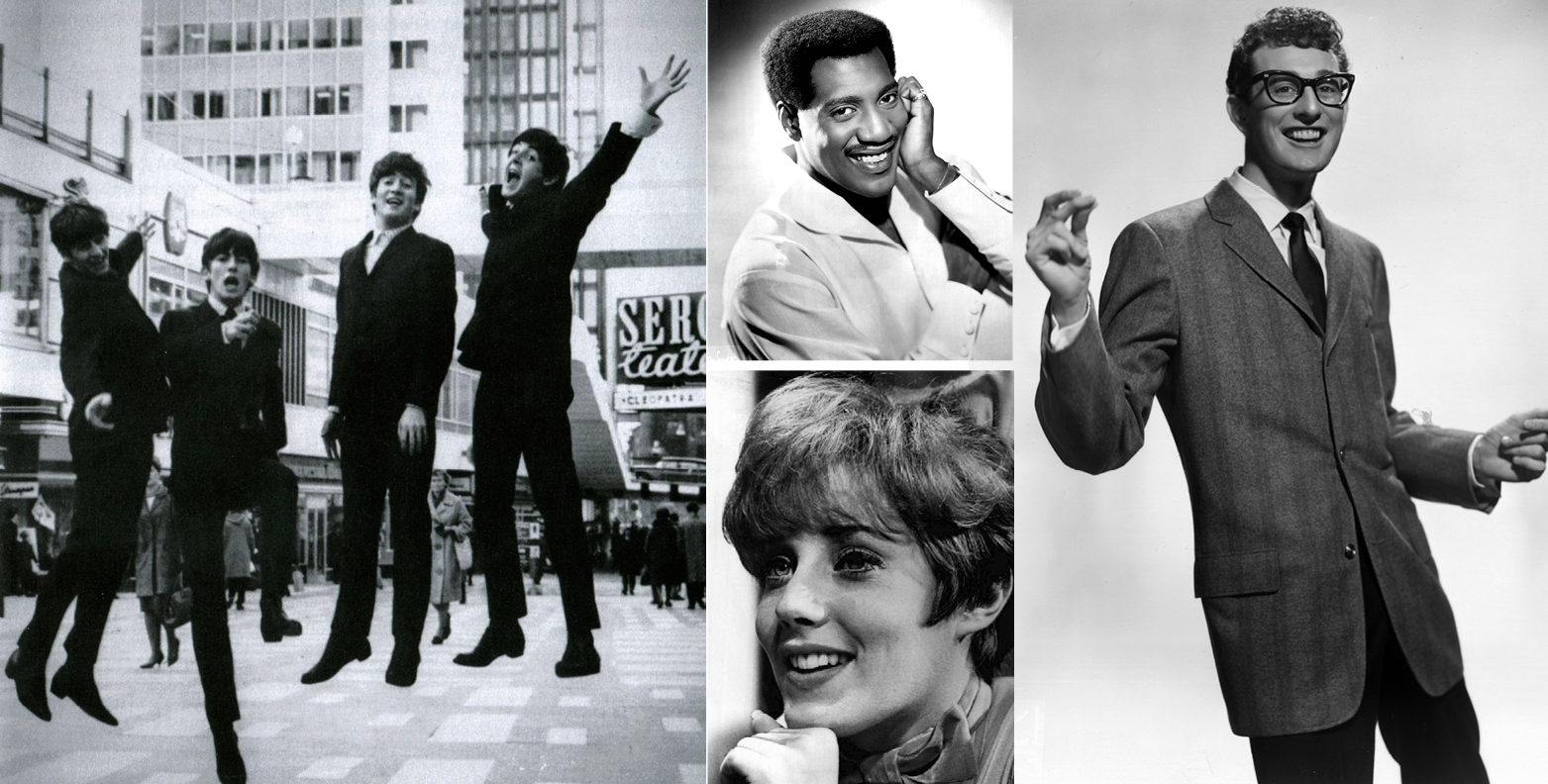 GET INSPIRED BY THE BEATLES, OTIS REDDING, LESLIE GORE, AND BUDDY HOLLY

Learn How the Beatles, Buddy Holly & the Rolling Stones Grabbed Listeners By the Ears

In a number of my previous lessons in Ukulele, I’ve preached the gospel of training your ear to hear and identify the chords of the major scale as the first step in moving away from playing from the sheet music. To review, the naturally occurring chords of every major scale are I, ii, iii, IV, V, vi and vii°. In the ukulele player’s favorite key of C, those chords are C major, D minor, E minor, F major, G major, A minor, and B diminished. Play these chords up and down in order and also in an interval fashion (C to Dm, C to Em, etc.) to get your ears familiar with how they sound.

Now for the magic! Once those seven diatonic (derived from the major scale) sounds are in your head, when an outside chord shows up in a progression, your ears will perk up to Mr. Spock proportions!

One of the most popular non-diatonic chords used to spice up a major chord progression is the #V7 (key of C: G#7). For example, listen to the bridge to the classic Buddy Holly song “Peggy Sue.” (I) Peggy Sue, Peggy Sue, (#V7) pretty, pretty, pretty, pretty (I) Peggy Sue. The Beatles were major Buddy Holly fans, recording seven of his songs. So, it’s no doubt they lifted the sound of that #V7 chord when they hit the big “OOOOOH” chord in “I Saw Her Standing There.” Many of the hapa-haole songs of the early 20th century also featured the #V7, which some would come to call the “pineapple chord.” Think “On The Beach At Waikiki.” (I) Honi Ka (#V7) ua wiki (I) wiki.

Another popular non-diatonic chord is the bVII (key of C: Bb). The I–bVII change is really hip and was used widely in 1960s rock progressions. The Youngbloods had a major hit using the I–bVII with “Get Together” in 1967. The basic chord progression is I–bVII–I. (I) Love is but a song we sing, fear’s the way we (bVII) die. The whole-tone drop from the I to the bVII gives one a sinking feeling. It’s also found in The Beatles’ “Tomorrow Never Knows.” (I) Turn off your mind, relax and float downstream, it is not (bVII) dying, it is not (I) dying. It also seems the word “die” in some form expresses the emotional value of that chord change quite nicely.

The bVII chord can also be used in a chord progression I call the “Hidden Fifth.” It’s found in the Rolling Stones song “No Expectations.” The most popular change in Western music is the I–V7–I, but there is no I–V7 change in “No Expectations.” The lift of the fifth interval is found in the bVII–IV change. (IV) Take me to the (I) station, and (IV) put me on a (I) train, I’ve (IV) got no expec-(I)-tations to (bVII) pass, this (IV) way a-(I)-gain.

Another non-diatonic chord that’s found its way to the top of the Billboard charts is the bIII. One musical mystery that has been hidden for over 55 years is the question of where Johnny and Judy really did go in Lesley Gore’s 1963 hit “It’s My Party.” (I) Nobody knows where my Johnny has (bIII) gone, but Judy left the same time (I). Well, the reason nobody knew where Johnny and Judy had gone is because they had left the song’s key!

And it was the bIII that was instrumental in turning around two of the big hits in the early ’60s for the Beatles and the Four Seasons. “Sherry” was the Four Seasons’ first single and it shot right to the top of the Billboard Top 100 chart. The reason for immediate success of “Sherry” was that it is comprised of two of the most popular chord progressions in popular music up to that time—the doo-wop progression for the verses and the changes for “Five Foot Two” in the chorus (I–III7–VI7–II7–V7–I). The glue that joined those two ear-catching progressions together was a I–bIII–IV turnaround (key of C: C–Eb–F). Less than a year later, the Beatles used the bIII in a turnaround of their own in the song “Please Please Me.” (I) Last night I said these words to (IV) my girl (I–bIII–IV–V7).

The Rolling Stones knew the excitement of adding non-diatonic chords to a song. In the chorus of their 1969 rock anthem “You Can’t Always Get What You Want,” they lure the listener into a false sense of dreamy euphoria by playing a I–IV change three times in a row before dropping the all-powerful II into the progression. But if you (II) try sometime… Prove to yourself how powerful these non-diatonic chords are when they make a well-timed surprise appearance in a song. Play a I–III change (key of C: C–E) on your ukulele. Did a number one single about sitting on a dock by a bay immediately jump into your mind’s ear? One of the reasons Otis Redding’s classic is so unique is it contains only major chords!

Once the major scale chords and your ears are on a first-name basis, you’ll start to hear and recognize when a song makes a sharp left turn to a non-diatonic chord.

Music educator and facilitator Jim D’Ville is on a mission to get ukulele players off the paper and into playing music by ear. Over the last six years he has taught his “Play Ukulele By Ear” workshops in the United States, Australia, and Canada. Jim is the author of the Play Ukulele By Ear DVD series and hosts the popular Play Ukulele By Ear website www.PlayUkuleleByEar.com.