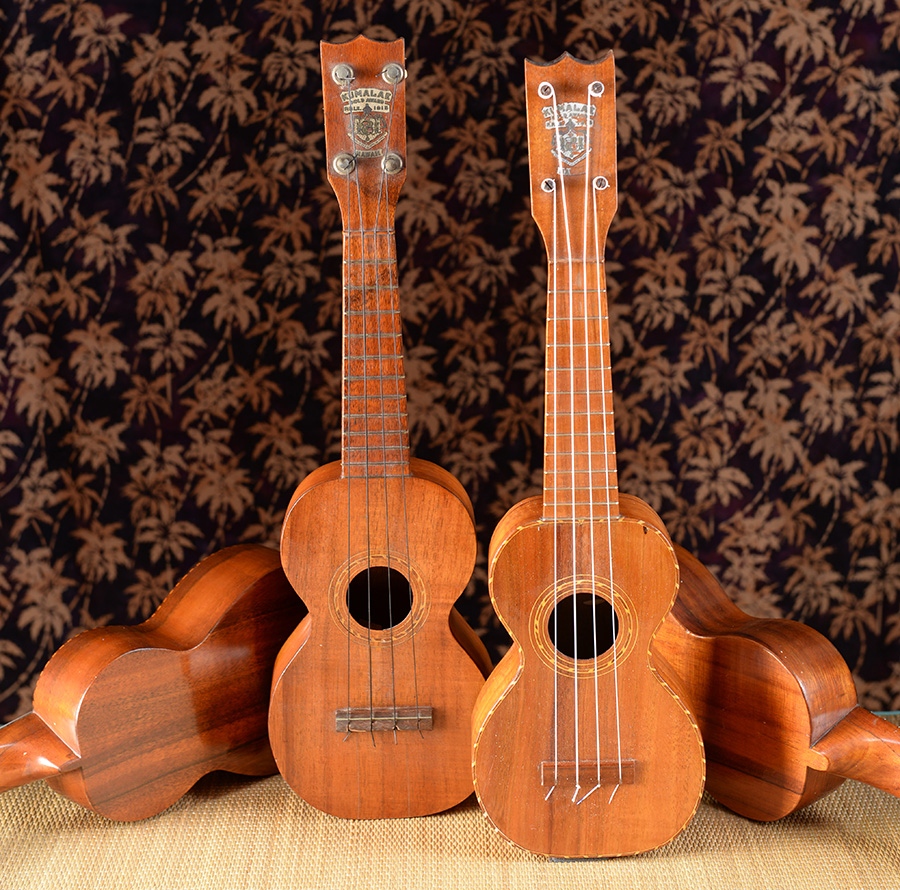 When I did the research for this issue’s column, I had a lot of typical questions about Kumalae ukuleles: When and where were they made? What models did they produce?, etc. But after learning more about the man who created the company that bore his name, I was left wondering if Jonah Kumalae ever slept! Not only was he a luthier and businessman who founded one of the most prolific uke manufacturing companies in the Hawaiian Islands, he was also a family man with eight children, a talented musician, a newspaper publisher, and a politician who served at various times as Hawaii’s Food Commissioner, director of the Hawaii Land Company, and as a member of Hawaii’s Territorial Legislature. He even ran for Mayor of Honolulu in 1923.

Little is known of Kumalae’s early life, except that he worked for a time as a schoolteacher and as a farmer and poi manufacturer. Although Kumalae may have started building ukuleles as early as 1895 (how he got into lutherie is anybody’s guess), his company didn’t become prolific until the early 1910s, when they began mass-producing anywhere from 300 to 600 ukuleles per month. Working out of a 20,000-square-foot two-story factory building on Liliha Street in Honolulu, all the ukuleles and taropatches (8-string ukes) Kumalae built were made of koa wood sourced from trees logged on the Big Island of Hawaii.

The first big windfall for Kumalae’s ukulele business came in 1915, when he won a bid to display ukuleles in the Hawaiian Building at the Panama-Pacific International Exposition in San Francisco. His ukes won a Gold Award, which he touted on the decals adorning the headstocks of all the instruments he subsequently produced. The public’s exposure to Hawaiian music at the Exposition not only helped boost the popularity of the uke in America, but enabled Kumalae to do a brisk business selling instruments through Mainland dealers including Lyon & Healy, Oliver Ditson, C. Bruno & Son, the Bergstrom Music Company, and Sherman, Clay & Co.

Back in the Islands, Kumalae ukuleles were sold at local tourist shops and hotels, including the Royal Hawaiian Hotel on Waikiki beach in Honolulu. It’s also believed that Kumalae ukes were given to first-class passengers aboard steam ships bound for Hawaii in the 1920s.

At its peak, Kumalae was producing six different models of soprano-sized ukuleles, numbered 20 through 25 (sometimes numbered as styles 0 to 5). Their cheapest model was the Style 20 uke with a body made from plain, straight-grained koa and just one narrow ring inlaid around the soundhole (the upright uke center-left in the top photo). More expensive models were made from more attractive figured koa and sported fancier appointments. The top models featured rope binding around both tops and soundholes. The Style 25 also had rope-style wood stripes down the center and edges of the fingerboard. It’s unclear what models of taropatch they produced, as these are exceedingly rare; I’ve never even seen a photo of one. There’s also evidence that Kumalae made a small number of banjo ukes and mini-sized “sopranino” ukuleles.

Like most Hawaiian ukes made during this period, the bodies of Kumalae ukuleles were egg-shell thin and had slightly arched backs. Because they were individually handmade, no two bodies are exactly alike. Metal frets were set directly into the necks; no applied fingerboards. All instruments were finished in French polished shellac. Friction wood pegs came standard, but celluloid or mechanical tuners could be fitted for an additional cost.

Unfortunately, Kumalae experienced a devastating setback in October 1922, when a fire destroyed the Liliha Street factory, burning up more than 4,000 instruments and causing at least $10,000 in damage. But thanks to Jonah’s tenacity, Kumalae regrouped and resumed ukulele production, being one the few uke manufacturers who stayed in business during the Great Depression, which spanned most of the 1930s. It was only after Jonah’s death in 1940 that his ukulele company closed its doors. The Kumalae brand name was briefly revived in 2012 by the Welkin Sound company of Ontario, California, which sold a line of ukes made in Asia.