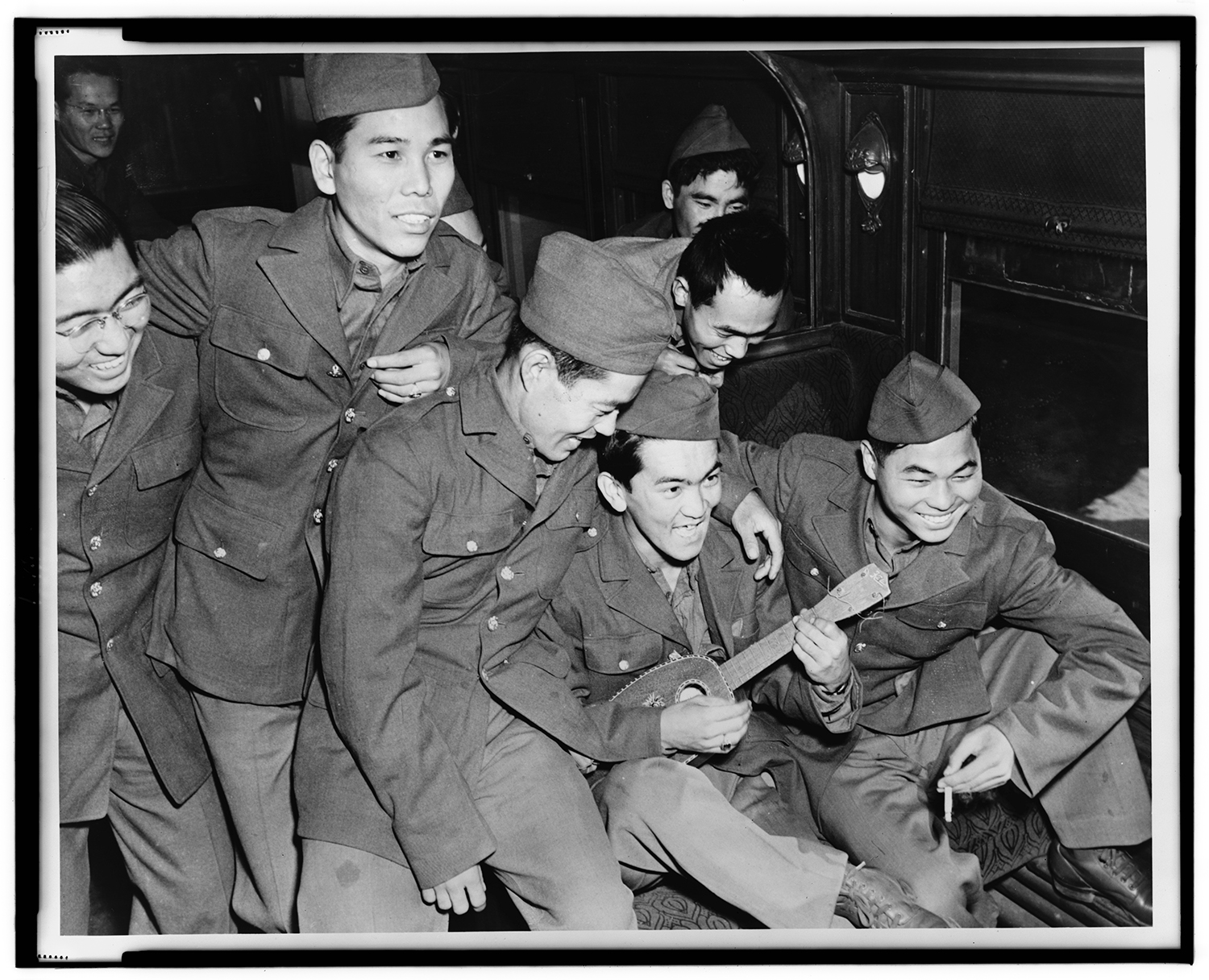 Photos courtesy of the Library of Congress.

The Ukulele During World War II: The 442nd Infantry Regiment

BY GREG OLWELL | FROM THE WINTER 2018 ISSUE OF UKULELE

The joy of playing ukulele is palpable in this pair of images taken by the War Department’s Bureau of Public Relations in June 1943. The photos show uniformed members of the 442nd Infantry Regiment in lighter moments at Camp Shelby in Mississippi. But the story behind the smiling faces of the soldiers and their guests seen in these photos is layered with loyalty, patriotism, deep racism, and injustice.

The 442nd Regiment was almost exclusively comprised of Nisei—American citizens born to Japanese immigrant parents. The 442nd fought in the European theater of World War II and become the most decorated unit in U.S. history.

The above photo shows a happy crew of soldiers awaiting orders to detrain at Camp Shelby. One infantryman is seen playing a Ka-Lai Pineapple ukulele that was made in a joint venture between Kamaka and Johnny Lai companies. In the photo shown below, Private Harry Hamada hula dances to ukulele and guitar accompaniment at an event held with Japanese-American women who were visiting from the Jerome and Rohwer Relocation Centers in Arkansas.

The relocation centers were created after President Franklin D. Roosevelt signed an Executive Order targeting the removal of people of Japanese ancestry from the West Coast. As a result, approximately 120,000 people, nearly two-thirds of whom were born in the U.S., were forcibly relocated to ten internment camps run by the Department of Justice. They remained confined until the camps were shut down in late 1945.