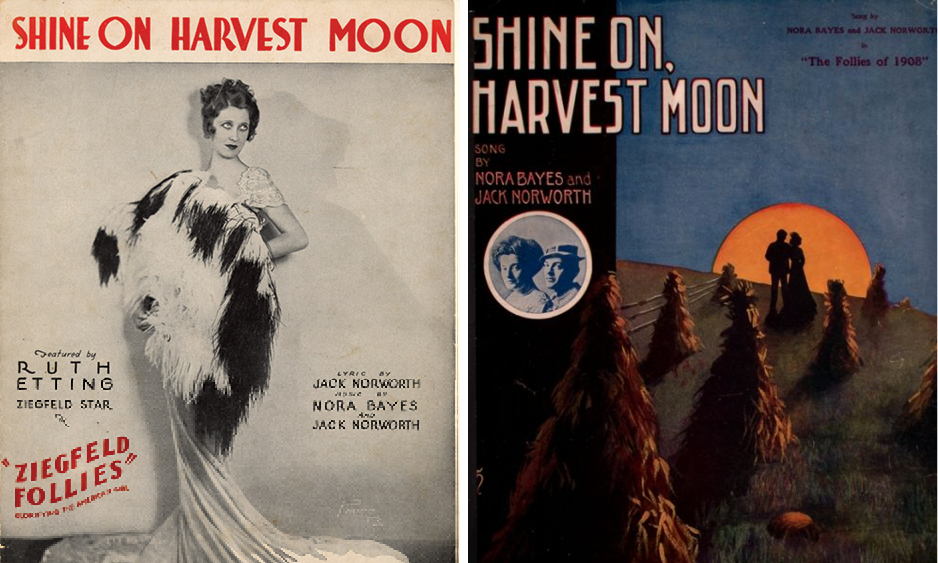 BY ADAM PERLMUTTER | FROM THE WINTER 2016 ISSUE OF UKULELE

When Florenz Ziegfeld first produced a New York City theatrical review, in 1907, he just intended to give people some breezy and inexpensive summer entertainment. But the inaugural show was such a success that the Ziegfeld Follies became an institution, leading to the creation of the Broadway musical as we know it today—and in the process shaping the development of American popular song.

One of the most celebrated numbers to emerge from the Ziegfeld Follies is “Shine On, Harvest Moon,” which was first performed in the 1908 Follies by the husband-and-wife vaudeville tandem of Nora Bayes and Jack Norworth. The song became a great standard, interpreted by everyone from pop singers such as Rosemary Clooney, Leon Redbone, and Tiny Tim to jazz artists like Betty Carter, Coleman Hawkins, and Ben Webster.

The simple arrangement here is built from eight open chords in the key of A minor/C major. Make sure that you’re familiar with these grips and can switch between them with ease before dealing with the strumming.

Once you’re comfortable with the chord shapes, in preparation to play through the song, practice strumming on just one chord. I’ve provided two basic strumming patterns you can use for playing the entire tune (or virtually any other midtempo pop standard in 4/4 time). One option is to strum entirely in downstrokes, squarely on the beats. The other is to toss in an upstroke on the “ands” of beat 2 and 4. Go for a swing feel, that is, play the eighth notes not evenly as shown in notation but long-short, at a ratio of about 2:1.

The best way to internalize this feel is to play along with swing recordings—or better yet, rhythmically seasoned musicians in real life.