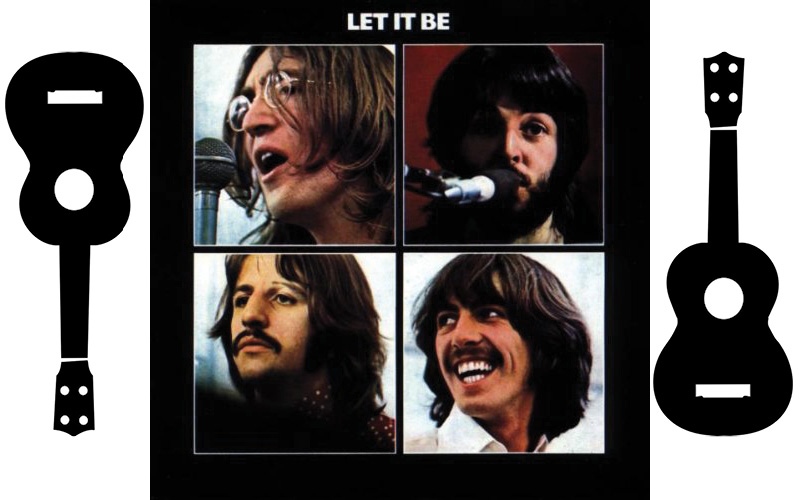 Let It Be (Ukes!): A Reimagining of The Beatles’ classic album

I know I’m not the only one wandering around in a daze with Beatles songs floating through my head 24/7 after watching all eight hours of Peter Jackson’s magnificent Get Back documentary on Disney+ over Thanksgiving weekend. You’ll recall that Jackson had access to more than 60 hours of glorious, mostly unseen, multi-camera footage of the band shot during January 1969 rehearsals and recording sessions for the album that became the band’s de facto swan song, Let It Be, released in 1970 along with a film of the same name. (Abbey Road was actually recorded right after those sessions and released during 1969, representing the group’s true final studio work, but let’s not get too far into the weeds.)

Anyway, knowing that there are a zillion uke players who love The Beatles, and guessing (correctly) that I could find YouTube ukulele versions of all ten songs on Let It Be, I jumped down that rabbit hole, auditioned many dozens of videos, and assembled this playlist, presented here in the same order as on the original album. There’s quite a variety of different approaches, from nearly note-for-note copies to free-flowing instrumental interpretations and others that change the tempo or otherwise alter the sacred molecules of the originals in one way or another.

We’re just tryin’ to have some fun here, and we hope you enjoy it in that spirit! —Blair Jackson

By Seiji Omotami and Yoko Matsuda

8. THE LONG AND WINDING ROAD

By Ukulele 4U Evelyn

Play along with The Beatles with The Beatles for Ukulele! Unlike many books of this type, each arrangement in this book includes every measure of the song, as it was originally recorded—nothing is left out. And when you come to instrumental sections, the chords are provided so you can keep strumming your uke.